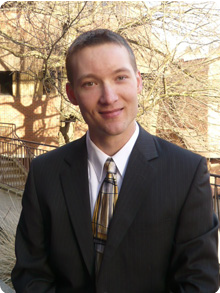 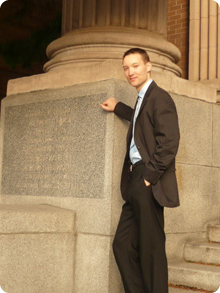 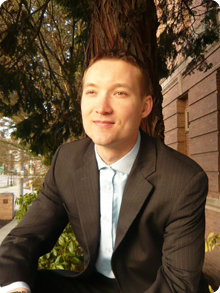 Criminal Process: What to Expect if you are Charged with a Crime.

Being charged with a crime is serious. A conviction on your record can have adverse effects on your employment, business licenses, professional licenses, driver’s license, and ability to find housing.

For those of you interested in the criminal process I’ve outlined
below what typically happens in a criminal case.

Typically in a criminal case the defendant will either be arrested
or given a document informing them of their first court date.
The first court date is called an arraignment. At the arraignment
the defendant is advised by the Judge of their rights, including the right to an attorney. You will also be asked to enter your plea: guilty or not guilty. At an arraignment you should always say not guilty and ask for an attorney. If you cannot afford an attorney, a public defender will be appointed to you. If you want to hire an attorney you are constitutionally allowed to. You have an absolute right to be represented in a criminal case by an attorney. The court will grant a continuance of your case so that you can get an attorney.

You may also have to go to court for a criminal motion calendar. Criminal motions can be brought by your attorney to have your case dismissed, charges dropped, or evidence suppressed.

Your case will then either be resolved by a plea or a trial. A plea can be entered into any time prior to a jury or judge reaching a verdict. If you decide to enter into a plea, there will be a rather lengthy document for you to review with your attorney. In the document you will be advised of your rights, and the rights you will give up by entering into a plea. The plea form will also advise you of the maximum penalty you face. The form will also have a recommendation as to what the agreed upon recommendation is. What that means is that your attorney and the prosecuting attorney have reached some agreed upon penalty for your case. They will jointly recommend this to the judge (in some cases there will not be a joint recommendation). You should be advised that the recommendation is just that, a recommendation. The judge is free to sentence you to any punishment authorized by law, up to the maximum. The plea form will state what the maximum is. Judges will usually follow a recommendation, but may change the sentence if they believe justice is not being served.

At a sentencing hearing victims of the crime may offer statements, the defendant may speak, the defendant’s attorney, and the prosecutor. As an example a defendant in District Court might be sentenced to 10 days in jail, a $500 fine, 2 years probation, and a drug and alcohol class. The defendant would go to the jail alternatives office to set up a commit date – this is the date they would have to show up at the jail to do their 10 days. (In Superior Court it is more likely-depending on the length of jail sentence-that a defendant might be taken into custody immediately.) Usually a defendant who behaves in jail is eligible for ‘good time served’ which means they will spend approximately 2/3 of the actual sentence in jail. All fines get paid to the court clerk.

Municipal courts follow the same kind of procedure as Superior Court and District Court outlined above. The biggest difference is that Municipal Court will take place in the city where the offence is alleged to have occurred.

After a set amount of time ranging from 2-10 years, while staying out of trouble, some crimes can be removed from your criminal history.

Criminal Defense: What to Expect if you have an Attorney.

Above I gave you an outline of what happens when you get charged with a crime. I’m going to add some details here so that you know what happens if you hire me on as your attorney. Again, this is an outline; it is not an exhaustive list of what I do on your behalf.

When I get hired I immediately start collecting information on your case. I contact witnesses, get discovery from the prosecutor, I get documents or videos from any witnesses involved, I review Facebook profiles and other sources of social media, and visit the scene of the alleged crime. I look for every last bit of information on your case that is helpful.

I take the time to meet with my clients. I will talk to you on the phone, in person, via text messages, or emails. The point is, I’m here for you and I’m working on your case. I answer my own phone a lot of the time. I’m available after hours to talk or meet.

I research the law on your case. The law actually changes a fair bit with time, and therefore it is always important to check the latest rules and cases which might have an impact on your case. This can be very important and useful to bring motions on your behalf to have charges dismissed, reduced, or to have evidence suppressed and thrown out.

After having completed my investigation, any motions, and any other work I think is necessary for your case, I’ll come up with a plan on what can be done on your behalf. If your case needs to go to trial, so be it. That is your decision. I will tell you if I think it’s a bad decision, or if your case would be better suited for a plea. If your case is going to be resolved by a plea, I will thoroughly discuss the implications for you and work to get you the best possible plea deal available.

As always, I do not charge for consultations. Feel free to call me for an appointment today!